Oxford English Dictionary defines goblin mode, a slang term, as “a type of behavior which is unapologetically self-indulgent, lazy, slovenly, or greedy, typically in a way that rejects social norms or expectations.” It captures “the ethos, mood, or preoccupations of the past twelve months,” of people from all walks of life and the resulting trends in business, politics or personal choices and lives.

In 2022, we witnessed and experienced skyrocketing inflation, Geo-political issues involving China & US, massive Iranian protests against an authoritarian regime, the drama in the British Parliament followed by the Queen’s death, continued political turmoil in Pakistan, Brazil shifting left and the Sri Lankan economic crisis. In the meantime, the World population crossed the 8 Bn mark. Businesses and HR leaders were faced with continued talent related challenges and still new ones emerged - Moonlighting, Quiet Quitting!

Just days after Russia’s invasion of Ukraine on February 24, German chancellor Olaf Scholz proclaimed the moment to be a Zeitenwende, which literally means "an epochal tectonic shift".

Right through 2022, we were challenged and stretched in all possible directions, but human spirit and resilience prevailed!

Businesses transformed and charismatic leaders emerged. People gained new skills and chose new career paths. Messi lived his World Cup dream. World leaders signed up to historic provisions in COP27. Elon Musk took over Twitter. Apple became the first company to reach a stock market value of $3 trillion. The list of endangered species continued to grow at an alarming rate, but some creatures bounced back from the brink in 2022. Panama became the latest country to introduce a rights of nature law, joining the likes of Ecuador, Mexico, and New Zealand. There were breakthroughs in Alzheimer’s and Cancer research. There was progress on female representation. Victoria’s Secret featured a model with Down syndrome. The 4-day week went mainstream and ‘perfecting’ hybrid work continued to demand our attention and efforts.

I welcome you to 2023, with hope and anticipation.

Together, we have weathered a few storms. I have no doubt in my mind that we will emerge stronger. I take this opportunity to thank our clients, colleagues and partners for their steadfast support and look forward to meeting several of you during the year.

Best wishes for a healthy and successful year.

In a previous Mercer blog on inflation’s impact on total rewards, we divided our recommendations into actions to be taken now and decisions to be considered later.  The “later” category included finalizing the annual compensation planning program that typically occurs in Q1. Read on the key considerations and market practices based on the most recent global research. 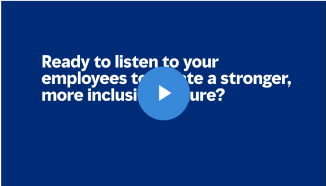 The people agenda has become a prominent piece of every strategy discussion. No doubt policies and benefits have been updated constantly over the last couple of years to keep in-line with the changing circumstances. Watch video to learn how an employee listening strategy can help your organization on its diversity, equity, and inclusion journey.

Next steps for global mobility management

Global mobility management has rarely evolved as fast as in recent times. In a couple of years, mobility teams have had to manage a pandemic crisis leading to a temporary cessation of most global mobility, the advent of remote working and new employee expectations in terms of wellbeing. And now we face the resurgence of high inflation. Find out more about the different forms of flexible working.

Top considerations for insurers in 2023

As 2022 comes to a close, insurance companies are facing significant price losses across their portfolios, particularly within long-duration fixed income. Listen on apple podcasts.

Speak with one of our consultants.